Vpn - Virtual Private Networks - rants go here. Remember there is a thin line between spam and security info!
Post will be pruned after 30 days.

You need to install OpenVPN and networkmanager-openvpn and download two files (certificates) that you use in your network setup.

But before I go into that a fair warning:

It is hard to say who is behind Cryptstorm.

Now this could be a good thing but that Douglas Spink guy has quite a history:

Spink, a once successful American entrepreneur and adrenaline junkie who lost his millions and filed for bankruptcy in 2002, was convicted of smuggling 375 pounds of cocaine (valued at $34 million) in 2005, and arrested for running a bestiality farm in Canada in 2010

He was released surprisingly early which indicates that he has been cooperating with the authorities in catching even wors guys...

His involvement in Cryptstorm is only a rumor and is in fact denied by the cryptstorm community. The cryptstorm top level domain is "is" as in Iceland - that does not indicate US intervention. Regarding VPN the general recommendation is to stay away from US based services due to the US surveillance program.

So now you know.

The upside is that nobody seems to take your privacy more serious than cryptstorm check out this review
And their files are all open source and on github.

You need two files for setting up your vpn so I pulled cryptofree_linux-tcp.ovpn from github,
If you cannot use github just open the file there and copy the content and save it to the filename,

Now we are ready to go:
Here are the instructions for Ubuntu

Just don't use that config file - use the one from github (as described above). To activate it just click on the nm in your panel and you will se that VPN is one of the options. Leave whatever connection you have and simply pick VPN. The beauty of picking whatever userid and password I want is even better - you can set what you want just not leave the fields empty. No hassle remembering anything!

And it was fairly fast too; this is written on the free vpn connection and I did not notice any delay.
If you are a gamer or heavy downloader you can pay for more speed or simply shut VPN off when you do that.

Cryptofree's private networking service is identical to full cryptostorm service in all regards - cryptographic suites deployed, server-side configuration, source code edits, logging disablement, and so on - with only one exception: connection speeds per-session are capped at 256kb downstream & 128kb upstream.

At least it is a good test before you buy.

To test it check here
You are now in the cryptstorm darknet if you have done everything right.,

There is a list at Privacytools over VPN services that give you that little extra,
They only recommend solutions outside the US and the Five eyes countries

Many of the site claim that you will be surfing completely invisible to your ISP but that is not the case.

Your ISP can identify IP's via the plain text DNS in some cases, so to make that true you need to run Dnscrypt in addition to VPN. 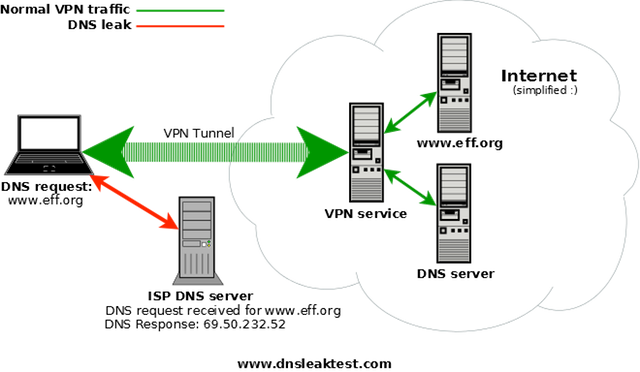