All seems to be pointing to the Electric Universe Theory and Free Energy. No this BS of Petroleum and Battery Powered Cars. Just energy tapped from the air to use it as you please, free of charge (pun intended).

I have been hearing some odd buzzes in the Engineering circles. All seems to lead to some like this....

One reason to push hate on #45, look who are doing it and what interests they serve.

John George Trump (August 21, 1907 – February 21, 1985) acquired approximately 20 out of 80 trunks of works and documents belonging to Nikola Tesla upon his death. The rest of the materials were sent to Tesla’s family. From this, he expanded as an American electrical engineer, inventor, and physicist. A professor at the Massachusetts Institute of Technology from 1936 to 1973, he was a recipient of U.S. President Ronald Reagan's National Medal of Science and a member of the National Academy of Engineering.[3][4][5] John Trump was noted for developing rotational radiation therapy.[3] Together with Robert J. Van de Graaff, he developed one of the first million-volt X-ray generators. He was the paternal uncle of Donald Trump, who would later go on to become the 45th president of the United States.


Love it, or hate it, some is about to crop. Someone coined, the Soaring 20s, the new age of Technology. It will be such a game changer that people will have a tought time taking all in and burning all kinds of Tech/Science text books. 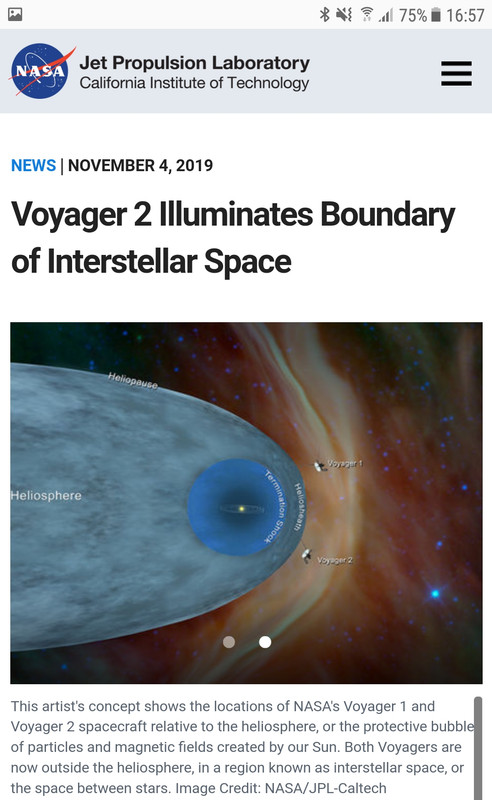 "The Voyager probes are showing us how our Sun interacts with the stuff that fills most of the space between stars in the Milky Way galaxy," said Ed Stone, project scientist for Voyager and a professor of physics at Caltech. "Without this new data from Voyager 2, we wouldn't know if what we were seeing with Voyager 1 was characteristic of the entire heliosphere or specific just to the location and time when it crossed."