Hackers: Taking down the Internet

Hackers: Taking down the Internet

Private entities are learning how to take down the internet. The infamous DDos attacks have been known for years and can effectively shut down sites that the hackers don't like.
This knowledge is also of a certain value to hackers representing states.

This represents an effective way of censoring what the hackers don't like. 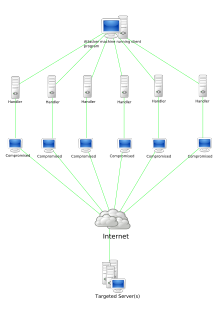 The new thing is to use the internet of things to hack the target site. Thus the security journalist Brian Krebs has been attacked heavily with DDos.
They used hundreds of hacked surveillance cameras to create a botnet that brought his site down.

AV and rootkit prevention are not a part of the software on gadgets like cameras and refrigerators; this makes the Internet of things a security risk. So your car, camera or refrigerator are dangerous!

We have been referring to Krebs on several occasions here because he clearly knows what he is talking about, and it is sad that it is so easy to censor his "voice".

The hackers are learning how to take down the internet and remove content they don't like. So far this has been a sport for governments who seem to feel entitled to know everything about us and stop unwanted content - not so anymore (not in this scale).

"It's getting huge," Akamai's McKeay said of the recently reported attack volumes. "You're going to see brownouts, sections where a data center, an ISP, a region, may have so much traffic that it takes down that region."

Re: Hackers: Taking down the Internet

Re: Hackers: Taking down the Internet

Hackers.... cannot be caught. The Gov that is policing, is the hacking community. That is how much trust I have on the Gov Co.
Top
Post Reply
3 posts • Page 1 of 1