And I will now take this great opportunity since I am a foreigner going via US servers:

Yes but now it is official-
What Google knows the government wants. I guess it is OK as long as this only is aimed at foreigners.

Some time ago ther was conference in California. Steve Jobs attended that is how far back. Had good ol' Fuckbook Zuck and I think Schmidt from Google. Big O was there too. I bet they were laying the grownd rules. Like Chavez, Jobs got Cancer, if you get my pun...
Top

For one thing, the scope of the surveillance tends to be widely and wildly mischaracterized. For another, this program was put in place during the Bush administration, in response to 9/11, and only exists by authority of bi-partisan and robust Congressional support. "Big O" is not the author of any ground rules.
Top

That is true (this is way more important than some presidents name though). But the sneaky approach is always the same. It may be called ACTA or something else.
There is no, or only misleading information to the public. On the other hand they know that if you are asked:
"May I please spy on you?"
Then they probably would get a big no - so it is better not to ask or blow smokescreens. To make it happen, National security can be used without any democratic control and the next step would be to check if you are downloading movies illegally....

Now they have access to everything on Google Twitter and Facebook - which covers what the data retention did not - so there is no private spot left anymore.

And they do not need to have a good cause anymore - they can just go in there and check.

What they say is that you can relax because they are only targeting foreigners and they have good routines- so you should trust them. Given the misleading information and all the failed initiatives to implement more censorship/control on the internet:

How trustworthy are they?

You would be very clever in not trusting any cloud. All talk about it being "safe" is simply not true anymore.

You have nothing to hide you say?

Well I bet you like to keep your Toilet door closed anyway.....

The sad thing is that the US is not unique here. Norway is doing the same and trying to keep it even more under the hat. There is an arrogance from the people in power who simply know best - better than that cattle that voted them in there in the first place anyway.

That is the big democratic problem here - there will be a confidence crisis towards governments all over the world.
If they clearly show that they do not trust you - how can you trust them? (Well no one is going to fall for the "only foreigners" escape attempt).

The only ones that have treated these issues with credibility are the Germans. While the rest of the world had their "sneak it in at any cost" strategies; their constitutional court ruled the data retention as illegal and in conflict with basic human rights.

Rights that the Norwegian government seem to be happy to violate and the US seem to have less human rights than the Germans too.

I thought the human rights were universal - and non changeable?

And one of them is the right to privacy!

All "intelligence" services have been spying of their own citizens for decades - regardless of whether such activity was legal. (Does anyone doubt that the FBI tapped telephone lines without obtaining warrants as early as the 1930's when Hoover ran his "war" against the Mafia.) Many of the domestic activities of the British intelligence services during WWII and later (up to the present time) have never been subject to any democratic oversight.

Such activities undoubtedly increased exponentially during the "cold war". Each improvement in technology brought new opportunities for domestic spying. The use of the Internet is just one step in a long progression.

Politicians have often been the targets of domestic spying - providing the intelligence services with blackmail material they could use to coerce approval of ever larger budgets and increased powers, and to silence criticism. The "prime objective" of every bureaucracy is to increase its power and its budget.

Yes that is true.
The main difference from the good old days though is that the spying was targeted at the Rus eh enemy or at the suspected criminals. There was no way you could monitor everybody. This is only possible with the new technology.
And this cookie jar is too tempting - and all the people with access are eating without control.

There is a big difference when you are treating everybody as a suspect. And a violation of human rights.
The presumption of innocence until proven guilty is turned upside down.

Article 8 – Right to respect for private and family life
1. Everyone has the right to respect for his private and family life, his home and his correspondence.
2. There shall be no interference by a public authority with the exercise of this right except such as is in accordance with the law and is necessary in a democratic society in the interests of national security, public safety or the economic well-being of the country, for the prevention of disorder or crime, for the protection of health or morals, or for the protection of the rights and freedoms of others.

There is clearly enough opening here to fight terrorism but no opening for surveilling everybody regardless of if they are suspected of anything or not.

Le Carre's novels are very entertaining and the BBC productions, with Sir Alec Guinness as George Smiley, are classic. Sadly, they didn't do the third novel in the "Karla trilogy", The Honorable Schoolboy,

Back to the "real" world

Yes they would like you to believe that they are going after the international crooks, But they are mining your communication too.Here you see how long they have been at it. I don't think I will be going for Microsoft products anytime soon....
And my guess is that the "Foreigners" will have something to say to this. It is a National hazard to go for Microsoft solutions after this.
And when I come to think about Microsoft criticizing Google for spying...


We all know that Google is spying but they did not lie about it,

And by the looks of it they did not have much choice. Your dear elected ones forced them. And Microsoft can continue to hide behind the court order. Naturally it is a secret one.
Not much "Land of the free" over that.
Your government has made an assessment 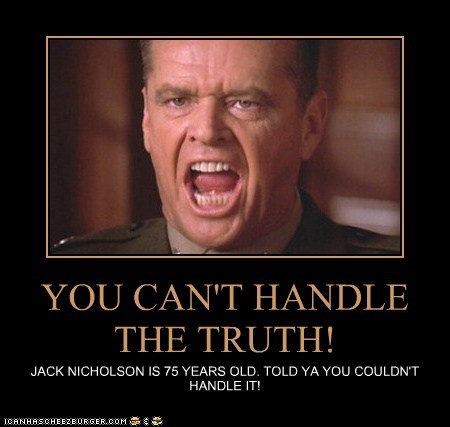 Here the whistleblower confirms that your privacy is non existent.

What people does not seems.to grasp is the elections in th USA are rigged. All they do every 4 years is change the puppet. If he wants to do some good he will become a martir and be laid to rest next to JFK.
Top
Post Reply
32 posts